I hate to break it to you, but all graphs are not created equal. I realized this recently, wrote an article, and had my computer crash. The article vanished, but I’m determined to get this idea on the web. It’s a simple but interesting concept.

This is a companion discussion topic for the original entry at http://betterexplained.com/articles/types-of-graphs/
000 October 31, 2007, 8:56pm #2

Interesting take on graphs. After reading the title, I was hoping that you were going to explain logarithmic graphs. Maybe in a future article?

Thanks for the tip, I just fixed the typo.

Logarithmic graphs would be a great follow-up topic, thanks for the suggestion. (By the way, I’ve written more about the natural log here: http://betterexplained.com/articles/demystifying-the-natural-logarithm-ln/ in case anyone wants a refresher.)

Two cautions about your comments on representation of waves: your employment of the word “amplitude” differs from the standard technical usage. What varies is not the amplitude but what the Wikipedia figure labels “displacement.” “Amplitude” is generally used to denote the maximum value of the displacement (or electric field strength or whatever other quantity is “waving”). That’s why the figure shows amplitude by drawing a line under a peak, rather than some other arbitrary location.

The other quibble I have is that when I think of that graph as representing a classical light wave (in which case we replace “displacement” with “electric field”) I consider BOTH the peaks and valleys to be where the field is “strongest.” Suppose we’re looking at linear-polarized light and the vertical axis is some component of the electric field. The difference between the peaks and valleys is NOT that the field is weaker in the valleys, it’s that it has the opposite direction. If I were to say the field is “weakest” anyplace it would be where the wave intersects the horizontal axis. But even then I have to remember that the magnetic field component (directed either into or out of the page) is at its greatest magnitude for those points.

Hi John, thanks for the comment! I agree with both points, I was being loose with the terminology. Amplitude (max) vs. displacement (current) is a good distinction.

Also, I agree light is not “weakest” in the valleys – it’s simply the most negative (measured with respect an arbitrary positive/negative distinction). I’ll make the corrections in the article – appreciate the feedback!

I would like to hear about logarithmic graphs as well. And what is the criterion for using log-log graph paper vs. semi-log graph paper? Thank you very much for your article on the demystifying of the natural logarithm, by the way.

@Anonymous: Thanks for the comment, that’s a good idea for a future article. You’re welcome for the ln article, it was fun to write.

thanks!!! hmmm,what are the uses of each different types of graphs?

You should probably include some simple statistical graphs such as frequency polygon graphs, histograms, ogives, and so on.

Damn, the buttons are sensitive. I’m not even done.

You should probably include some analogies for the light wave graph, if not for all of your “lessons”.

E.g, “where the strength of a particle varies with distance and shows other wave properties,” kind of like how uncontrollable or varied it is the amount of force acted while you are running. Left leg could stomp hard, while the right leg use much less than that, and moves on like a cycle. The reverse could also happen “, but just hang with me for the sake of example.”

There. I know there is a flaw somewhere, though…

i want to see the kind of graph please

wow what cind of grphes are these !?

These are fake graphes people !

For the mountain example:

You can just think about a x, y map where you need to minimise your COST function which will depend from x and y (thus C(x,y) ). Therefore you could show a graph with only x,y axis that represents where the function lives (the spatial points you want to physically be in) and after that a 3D graph of the hypothetical cost function with it’s minimum cost path. 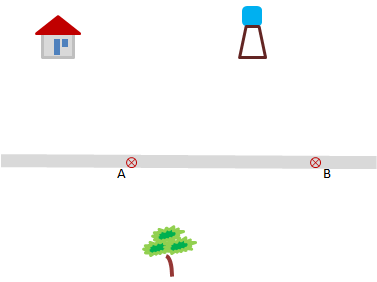 To draw a map with the method described herein, you do not need to go to the objects to be mapped to measure object distances one by one. Bu...

Things moving in straight line can also have varying strength/propery… Nice. Thanks Kalid.

This seems to be about charts or graphics, not graphs.

Nice article. I am looking for the technical definition of what you term map vs. non-map graphs. I cannot seem to find reference to these terms elsewhere… thanks.